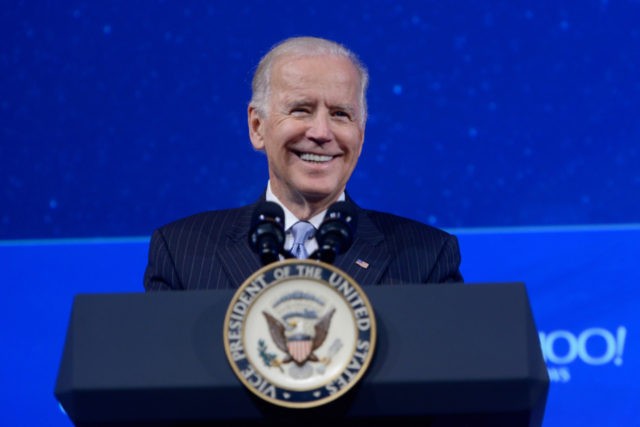 When CNN asked Feinstein if she thinks Biden will enter the 2020 presidential race, she reportedly answered: “Oh, yes.”

Feinstein also reportedly said that Biden did not explicitly tell her that he will run for president during their meeting at Biden’s Washington office.

Biden, who has been the frontrunner in nearly every 2020 primary poll, recently said he is “closer” to making his final decision. According to a CNN report, the former vice president who has run two unsuccessful presidential campaigns, “has recently indicated to some allies and supporters that he is leaning towards a run, but ultimately, his decision will hinge on whether his family is prepared for another run.” Biden’s political team is reportedly “preparing a detailed plan for a possible campaign to have ready should he give the greenlight for a run.”

Last month, Feinstein said that she would pick Biden over Sen. Kamala Harris (D-CA) if Biden enters the 2020 race.

“Joe was chairman of the Judiciary [Committee] when he came to this place. I’ve watched him as vice president, I’ve seen him operate, I’ve seen him perform,” Feinstein told Politico then. “He brings a level of experience and seniority which I think is really important.”

Feinstein told CNN on Thursday that Biden made her the first woman on the Judiciary Committee 26 years ago and she has “never forgotten it.”

“I’ve known him, I’ve worked with him and it’s just a logical step for me,” Feinstein reportedly added.