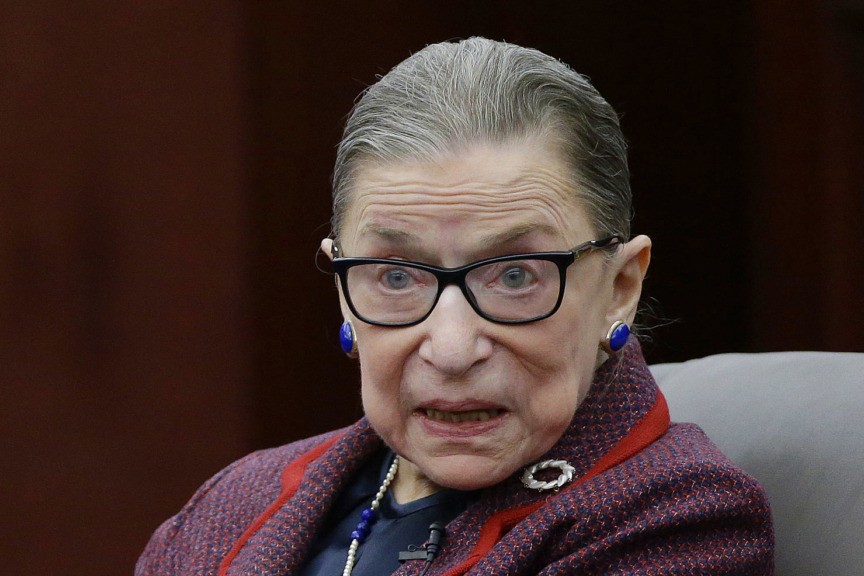 WASHINTON, DC – Even liberal Justice Ruth Bader Ginsburg opposes Democrat presidential candidates’ Court-packing plan to expand the U.S. Supreme Court with new seats in which to install liberal justices, leaving their party in an awkward position of being too far to the left for the most liberal member of the nation’s highest court.

“It would make the Court look partisan,” Ginsburg told National Public Radio’s Nina Totenberg. Otherwise stated, it means a political party says, “When we’re in power, we’re going to … have more people who would vote the way we want them to.”

Sens. Kamala Harris (CA), Elizabeth Warren (MA), Kirsten Gillibrand (NY), and Mayor Pete Buttigieg (IN) have all announced their intention to create however many seats they need to fundamentally change the balance of a coequal branch of government if any of them wins the presidency in 2020.

The leader of the Court’s liberal bloc objects, pointing out that while Congress has the power to change the law to determine the number of seats on any federal court, the number on the Supreme Court has been constant for so many years that changing the number would be a step that many would find troubling.

There has been only one serious attempt to change that number since the mid-1800s. President Franklin Roosevelt attempted to pack the Court in the 1930s because the Supreme Court was striking down parts of his New Deal as unconstitutional. The American people balked, and as a consequence, the 1938 midterm elections were a slaughter for the Democrats, who lost an astounding 76 House seats, with Republicans making massive corresponding gains in Congress.

Political philosophers have long insisted that an independent judiciary is a necessary component of a free society, which is why the Framers of the U.S. Constitution granted federal judges lifetime tenure and did not allow Congress to reduce their salaries.

The idea of flooding the existing Court with new seats automatically populated by the party in power is seen as a naked attempt to co-opt the judiciary into the political tides, perhaps forever abolishing the ability of injured citizens to have their rights vindicated when those in power violate those liberties.