Design a site like this with WordPress.com
Get started
Skip to content
What’s next for Jussie Smollett, in his case and his career
By Eric Levenson, CNN
Updated 4:07 PM EST, Thu February 28, 2019

(CNN)It’s been a week since Jussie Smollett was arrested, charged with a felony and subsequently released after paying a $10,000 bond.

Now the rest of his legal case awaits — and his career with it.

CNN spoke to several legal and public relations experts to better understand what lies ahead for the actor, who faces a felony charge of disorderly conduct for claiming he was attacked by two men on January 29 in Chicago.

The future of his case

Smollett, an actor on the show “Empire,” had told police that two attackers yelled racist and homophobic slurs at him, tied a rope around his neck and poured an unknown substance on him.

But after an extensive investigation, Chicago Police Superintendent Eddie Johnson said Smollett paid two brothers $3,500 to stage the attack and take “advantage of the pain and anger of racism to promote his career.” 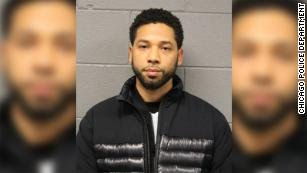 Two weeks after the alleged incident, when doubts about his story began to surface, Smollett expressed frustration at not being believed.

“It feels like if I had said it was a Muslim or a Mexican or someone black I feel like the doubters would have supported me a lot more,” Smollett said on “Good Morning America.” “And that says a lot about the place where we are as a country right now.”

Most immediately, Smollett is due back in court March 14. In court last week, the judge granted a $100,000 bail, and Smollett paid a $10,000 bond. He was ordered to give up his passport and will remain under supervision until his case is adjudicated.

Smollett was charged with disorderly conduct under the section about filing a false police report, which is considered a Class 4 felony. Class 4 felonies are punishable by one to three years in prison, according to Illinois state law.

Disorderly conduct is generally not charged as a felony, Chicago defense attorney Steven Hunter told CNN in an email. But the national and international attention on the case likely made the charge more significant for the defendant, he said. And that could impact any future punishment if he is convicted, he said.

“In my experience, the more publicity a case has, the worse it is for the defendant,” Hunter said.

More than a decade ago, Smollett pleaded no contest to providing false information to law enforcement in a 2007 misdemeanor case, according to Frank Mateljan, a spokesman for the Los Angeles City Attorney’s Office.

The case stemmed from a DUI stop in which Smollett gave police someone else’s name.

The future of his plea

As with any criminal case, it is possible that Smollett and prosecutors could agree to a reduced sentence in return for a guilty plea.

For example, a felony false police report case from almost a decade ago suggests one possible path ahead.

In 2010, a doctor and University of Iowa professor named Gary Hunninghake told Chicago police that he had been mugged and stabbed while out for a run on Chicago’s Riverwalk. He later admitted the attack never happened and that he actually stabbed himself, CNN affiliate WLS reported at the time.

He was charged with a felony for the hoax, according to Cook County court records. In January 2011, he pleaded guilty to a lesser misdemeanor disorderly conduct charge, CNN affiliate WBBM reported.

Would Smollett and prosecutors consider a guilty plea? So far, Smollett has continued to maintain his innocence. A statement released last week on behalf of the actor said the bail hearing was an “organized law enforcement spectacle that has no place in the American legal system.”

“Mr. Smollett is a young man of impeccable character and integrity who fiercely and solemnly maintains his innocence and feels betrayed by a system that apparently wants to skip due process and proceed directly to sentencing,” the statement said.

Steven Goldman, another defense attorney in Chicago, told CNN it will be difficult for police to agree to a plea deal with Smollett because of the intense publicity here.

“This is publicly known that it took so many resources away from Chicago’s police department that, how are you going to justify it with giving him a slap on the wrist?” he said. “So I think his case is going to be a little more difficult than just an regular ordinary defendant’s case because its profile is so (high) right now.”

The future of his career

One thing is certain: Smollett will not be on Fox’s show “Empire” anytime soon.

The producers behind “Empire” have decided to remove his character, Jamal, from the final two episodes of the current season following his arrest this week. The decision was made to “avoid further disruption on set,” producers said. 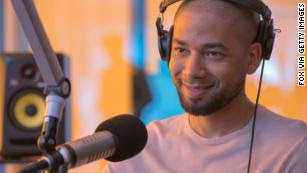 “The events of the past few weeks have been incredibly emotional for all of us,” the statement said. “Jussie has been an important member of our ‘Empire’ family for the past five years and we care about him deeply. While these allegations are very disturbing, we are placing our trust in the legal system as the process plays out.”

The statement was signed by seven “Empire” producers, including Lee Daniels, Danny Strong, and showrunner Brett Mahoney. “Empire” is in the midst of filming its fifth season finale in Chicago.

No matter how his legal case turns out, Smollett’s career prospects beyond “Empire” will be limited in the immediate future.

However, Jill Stanley, a defense attorney and celebrity legal analyst, said he has a chance to come back to Hollywood if he shows “extreme accountability” and apologizes to the communities his alleged hoax hurt.

“I do not think Jussie Smollett’s career is totally over in Hollywood. We live in a forgiving society and I think in today’s world people can understand the pressures a little bit more than they used to,” she said.

Howard Breuer, CEO of Newsroom PR, similarly said it was possible for Smollett to come back to show business if he admits fault and apologizes.

“Two years from now, if he plays it right, I can see him getting new roles and even sort of treating it as an embarrassing thing,” Breuer said. “I’m not guaranteeing that he can be rehabilitated in the eyes of Hollywood, but I’m saying we see, for some people, that they are able to pull it off.”

But Ronn Torossian, the CEO of public relations firm 5WPR, was less optimistic.

“I don’t believe that Jussie Smollett, regardless of if he takes a plea or not, has a career in Hollywood,” he said.