This story has been pushed down repeatedly by the Establishment Media for nearly two years but of late, it’s starting to surface into the Mainstream. The reason why is simple. Media figures are hoping to report on it just enough to save face should it eventually go big—even as they continue working to prevent that from happening. (And what they REALLY fear is the Russian collusion angle leading to the China collusion angle that is far more pervasive and a far greater threat to America.) 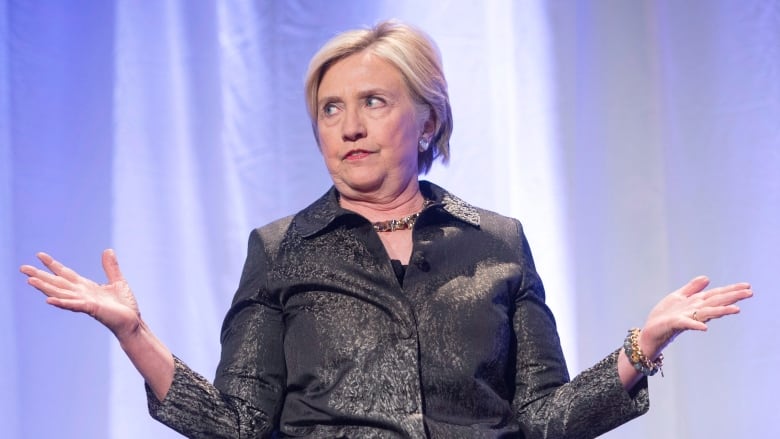 Now that both the House and Senate investigative committees have cleared Donald Trump of Democrat-inspired allegations of Russian collusion, it is worth revisiting one anecdote that escaped significant attention during the hysteria but continues to have U.S. security implications.

Clinton’s handprint was everywhere on the 2009-2010 project, the tip of a diplomatic spear to reboot U.S.-Russian relations after years of hostility prompted by Vladimir Putin’s military action against the former Soviet republic and now U.S. ally, Georgia.

A donor to the Clinton Foundation, Russian oligarch Viktor Vekselberg, led the Russian side of the effort, and several American donors to the Clinton charity got involved. Clinton’s State Department facilitated U.S. companies working with the Russian project, and she personally invited Medvedev to visit Silicon Valley.

The collaboration occurred at the exact same time Bill Clinton made his now infamous trip to Russia to pick up a jaw-dropping $500,000 check for a single speech.

That’s because he asked permission to meet Vekselberg, the head of Skolkovo, and Arkady Dvorkovich, a senior official of Rosatom, the Russian nuclear giant seeking State’s permission to buy Uranium One, a Canadian company with massive U.S. uranium reserves.

The evidence shows the Clintons financially benefited from Russia — personally and inside their charity — at the same time they were involved in U.S. government actions that rewarded Moscow and increased U.S. security risks.

The intersections between the Clintons, the Democrats and Russia carried into 2016, when a major political opposition research project designed to portray GOP rival Donald Trump as compromised by Moscow was launched by Clinton’s presidential campaign and brought to the FBI.

Simpson then hired retired British intelligence operative Christopher Steele — whom the FBI learned was “desperate” to defeat Trump — to write an unverified dossier suggesting that Trump’s campaign was colluding with Russia to hijack the election.

Simpson, Steele and Perkins Coie all walked Trump-Russia related allegations into the FBI the summer before the election, prompting agents who openly disliked Trump to launch a counterintelligence probe of the GOP nominee shortly before Election Day.

Simpson and Steele also went to the news media to air the allegations in what senior Justice Department official Bruce Ohr would later write was a “Hail Mary” effort to influence the election.

Congressional investigators have painstakingly pieced together evidence that shows the Clinton research project had extensive contact with Russians.

Steele’s dossier also relied on information from a Belarus-born Russian businessman, according to numerous reports and a book on the Russia scandal.

Steele and Simpson had Russian-tied business connections, too, while they formulated the dossier.

Steele worked for the lawyers for Russian oligarch Oleg Deripaska and tried to leverage those connections to help the FBI get evidence from the Russian aluminum magnate against Trump campaign chairman Paul Manafort.

The effort resulted in FBI agents visiting Deripaska in fall 2016. Deripaska told the agents that no collusion existed.

This past week, we learned from Senate Intelligence Committee Chairman Richard Burr (R-N.C.) that his committee came to the same conclusion as the House: There is no evidence of collusion between the Trump campaign and Russia.

But now there is growing evidence — of Democratic connections to Russia. It’s enough that former House Intelligence Committee Chairman Devin Nunes (R-Calif.) believes a probe should be opened.

There is “obvious collusion the Democrats had through Glenn Simpson and through Fusion GPS, that they were talking directly to Russia,” Nunes told Hill.TV’s “Rising” in an interview to be aired Monday.

Collusion can be criminal if it involves conspiracy to break federal laws, or it can involve perfectly legal, unwitting actions that still jeopardize America’s security against a “frenemy” like Russia.

And there’s irrefutable evidence that her opposition research effort on Trump — one that inspired an FBI probe — was carried out by people who got information from Russia and were consorting with Russians.

It would seem those questions deserve at least some of the scrutiny afforded the Trump-Russia collusion inquiry that is now two-plus years old.