O’Donnell began by claiming that Trump is bad because he “doesn’t know how to inspire people,” to which Cuomo immediately brought up Trump’s rallies which are well-known for their high turnouts and their high-energy.

“There first of all, people are paid, Chris. You know that,” O’Donnell claimed. “He pays people to show up at those rallies. That is a fact.”

“But I don’t know that that’s why he gets tens of thousands at the rallies,” Cuomo responded. “I think he captures a lot of emotion for people.”

“Not at Tampa, I think they only had 9,000 seats and there were people outside, but Rosie, I’ve seen them,” Cuomo replied. “He gets big groups of people who come out. He gives themes that resonate. Whatever they’re positive or not, that’s up to people to decide.”

Cuomo then shot down O’Donnell’s notion that those who show up to Trump’s rallies are paid to be there, saying, “I don’t have the facts that his crowds are bought off.” 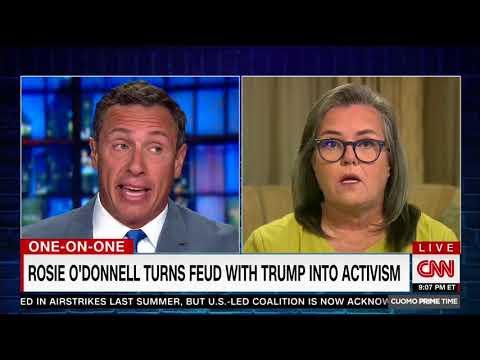